How A Touchscreen Works

Before the launch of the first iPhone in 2007, touchscreens were widely used but nowhere near as ubiquitous as they are today. Whether its on your iPad, your Android smartphone or your camera or GPS, most of us use one touchscreen or another on a daily basis. But how do these touchscreens work? How does a screen interpret our gestures and touches and what is the technology used inside a touchscreen?

If you want to know exactly how the touchscreens in your devices work then keep reading and let OneHowTo explain what the different types of touchscreen are and how they work.

You may also be interested in: How to Block Someone on Telegram For Android and iPhone
Contents

The Different Types of Touchscreen

When it comes to touchscreen technology, you would be forgiven for assuming that they are all the same. However, there are actually quite a few different types of touchscreen out there.

One of the most widespread forms of touchscreen are resistive touchscreens, a durable technology and the type that are used for external displays such as ATMs, ticket machines and the like.

As well as these two technologies there also other forms of touchscreen with various applications, but for the sake of simplicity however, we are going to focus on the two most common types of touchscreen that you will come across.

How Do Resisitive Touchscreens Work?

The technology behind resistive touchscreens is based on two electrically resistive layers with a small gap in between them. When force is applied to a point on the screen by the user, this close the gap and creates a flow of electricity - if you press hard on one you will actually feel the screen bend slightly under your touch. The touchscreen then recognizes this input as a command. To get a clearer idea, look at the picture below.

How Do Capacitive Touchscreens Work?

Capactive touchscreens work in a similar way but they instead use the electrical signals conducted by your skin - that's why they wont work with gloves on! Instead of a dual layer, these touchscreens have sensors either at the corners of the screen or in a grid system across the screen. In both of these systems, an electromagnetic charge is changed by your finger making contact with the screen, causing a drop in voltage. A processing chip then interprets the signal changes and localizes the touch to transmit the correct command.

If you want to read similar articles to How A Touchscreen Works, we recommend you visit our Electronics category.

How A Touchscreen Works 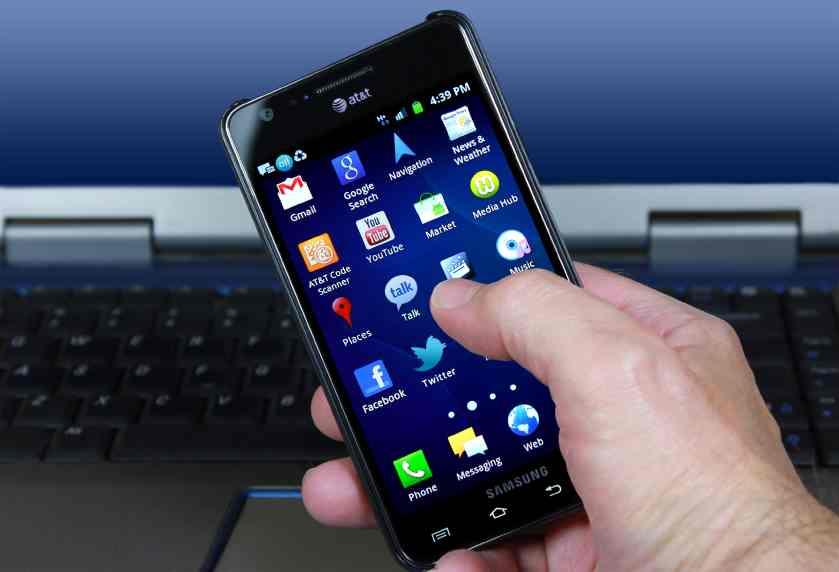 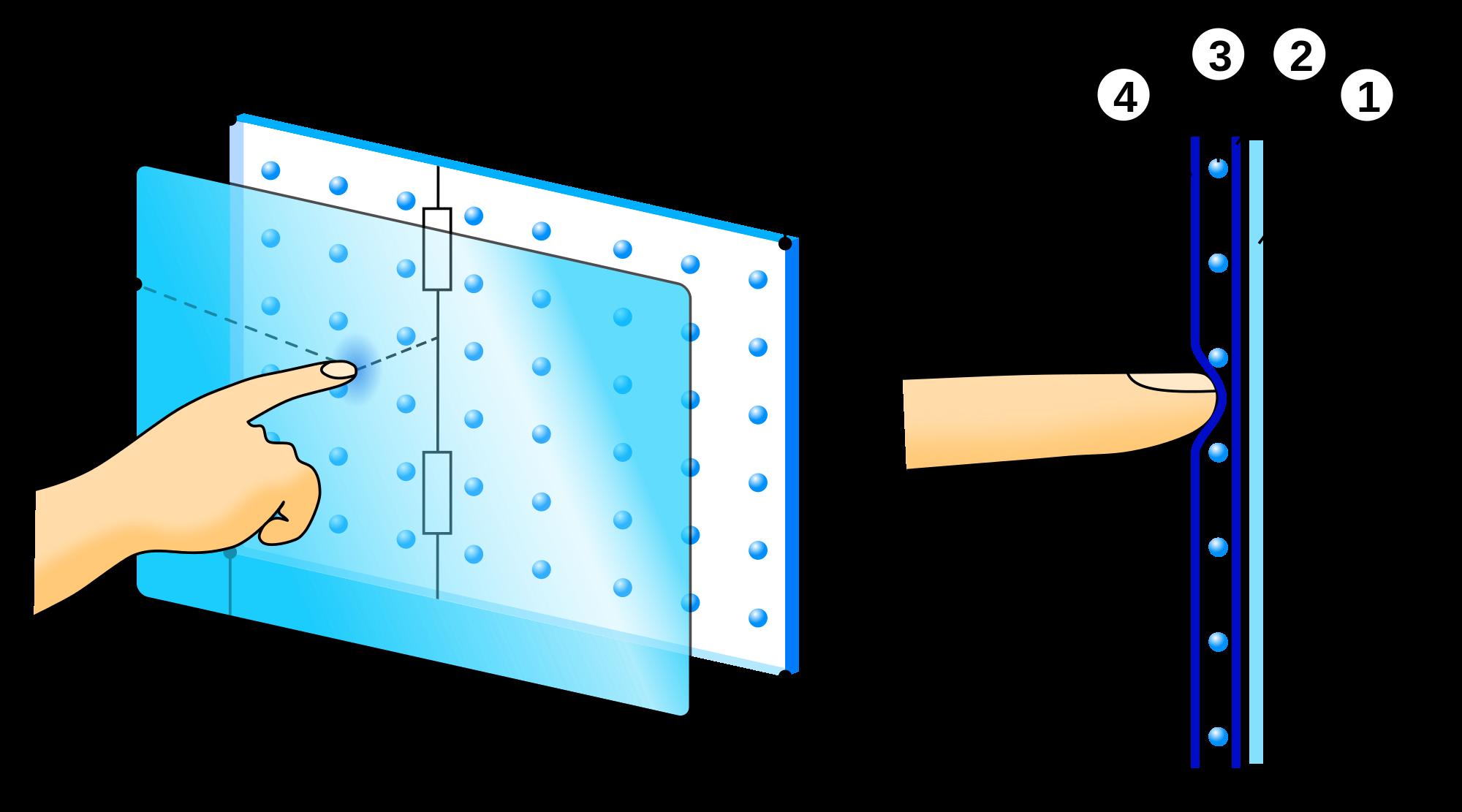 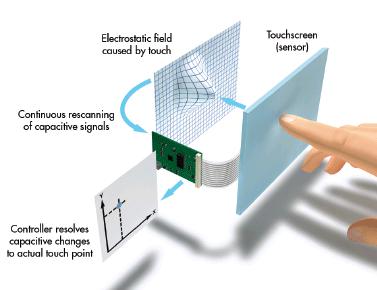 Image: mrboingo.com
1 of 4
How A Touchscreen Works
Back to top